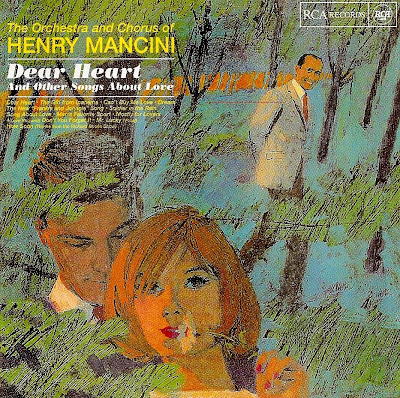 If you don't like choirs and easy-listening, pass this one. Dear Heart And Other Songs About Love is devoted to choral arrangements conducted by the master Henry Mancini. You'll find of course soundtracks cuts (Dear Heart, Soldier In The Rain, Man's Favorite Sport), a show theme (How Soon), a vocal version of Mr Lucky and a couple of covers (The Girl From Ipanema, Can't Buy Me Love). Designed for early 60's suburban interiors, you'll hardly find any break or anything psyche in it but it will nonetheless make your newborn sleep in no time. 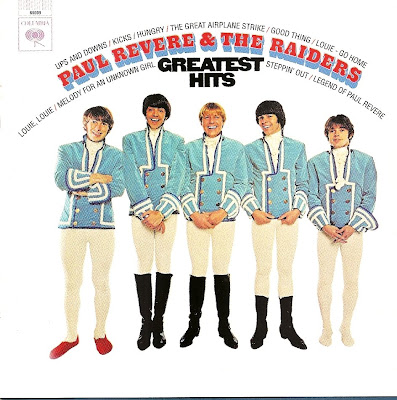 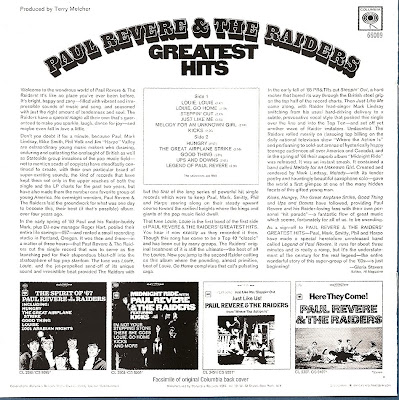 Paul Revere & The Raiders were The Black Lips of the 60's: a band of clowns playing a perfect garage rock'n'roll that took no prisonners. The band, headed by Paul Revere (which was his real name and became later the name of a Beastie Boys song) and Mark Lindsay, liked its shit raw even if they were TV Shows regulars. Mark Lindsay voice sounded definitely punk while the band played well crafted songs with an unmatched and inflammatory spontaneity. This Greatest Hits album serves them very well: 11 songs, 4 bonus tracks and 40 minutes of unmatched rock'n'roll that never slows down. 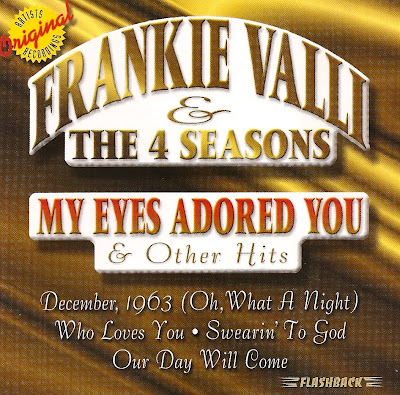 Frankie Valli & The 4 Seasons - My Eyes Adored You & Other Hits

If you read Frankie Valli bio, you might get scared at first. Born Francis Stephen Castelluccio in New Jersey, Frankie Valli was the frontman of the 4 Seasons, a pop band he created with three other Jersey italo-americans, Tommy De Vito, Nick Massi and Bob Gaudio. But believe me or not, those guys and especially Frankie Valli are not mob affiliated wannabe Frank Sinatra for your grandma for three reasons. Frankie Valli & The 4 Seasons benefited at first of Bob Gaudio and producer Bob Crewe brilliant songwriting habilities. The pair knew well how to craft a blue eyed soul song and use big ass production techniques. Secondly, those guys could sing anything and didn't sound corny, form tear jerking ballads (My Eyes Adored You) to disco (Decembre, 1963 (Oh, What A Night) covered and burned out by cheesy French disco singer Claude François). At least, Frankie Valli acting career lead him to play Rusty Millio in, what else, The Sopranos. And that itself deserves the uppermost respect. 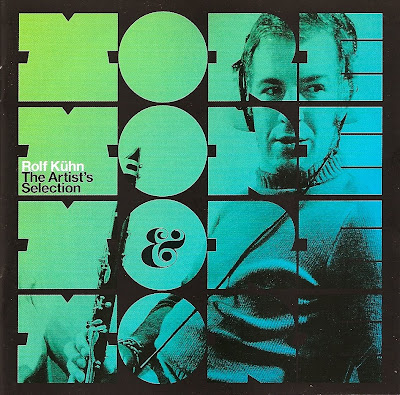 German clarinestist, Rolf Kühn was a big band musician before rolling solo. He supervised himself More, More, More & More, a selection of what he considers his best extracts from the 6 albums he realeased for MPS in the 70's. If his music sometimes goes into an abrupt free jazz dimension, especially his early 70's pieces, it then incorporated soundtracks and funky influences. This is especially the case on 1979 Symphonic Swampfire and 1980 Cucu Ear. The best track is La Canal, which sounds like a mix up of Isaac Hayes and François de Roubaix.
Publié par Zorba le Break Aucun commentaire: 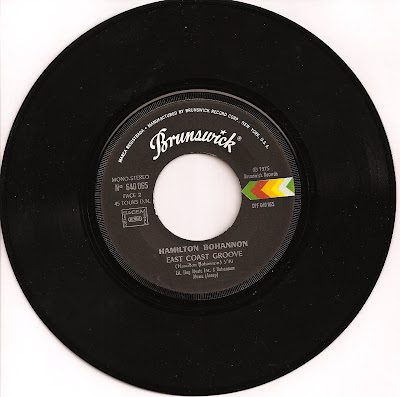 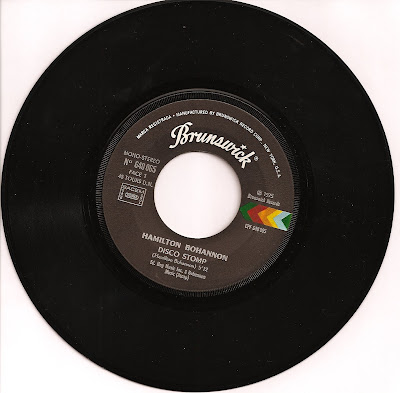 Session player for Motown, Hamilton Bohannon didn'it follow the label to Detroit, signed to Brunswick but enjoyed only limited solo success. I never understood why. East Coast Groove and Disco Stomp are two hypnotic scorchers based mainly on the bassline, a big disco beat and a funky guitar riff. No lame lyrics or cheesy orchestration on that 7" but only raw funky rythm.
Publié par Zorba le Break Aucun commentaire: 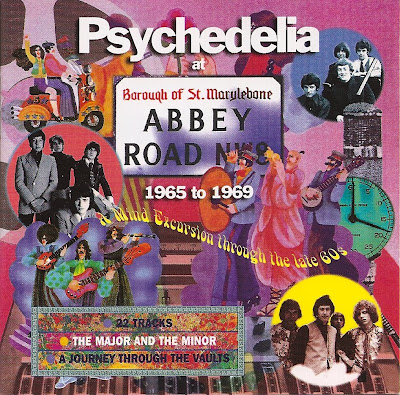 This excellent compilation gathers 22 rare psyche gems all recorded at Abbey Road studios between 1965 and 1969. If you can find some usual suspects (Donovan, Pretty Things, Syd Barrett), I must admit I didn't know the majority of the bands featured, from The N'Betweens to The Koobas passing by The Mandrake Paddle Steamer. For a compilation released by a major, this one is really well documented, complete and very good. Break diggers will even find interesting things to sample, especially the soul infused 10.000 Years Behind My Mind by Focus 3, 10.000 Words In A Cardboard Box by Aquarian Age or the brilliant horns that take Mr Armegeddon of Locomotive into an unexpected stratospheric direction. 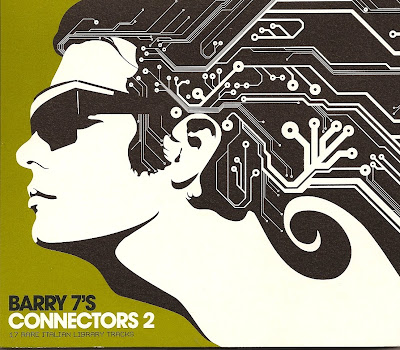 ADD N To (X) was a bad ass electro band created by Ann Shenton et Barry Smith aka Barry 7. Barry found time to release 2 compilations of library music. Here is the volume 2. Don't believe that because it is library music, you'll find second hand material. We are here talking of songs composed by the like of Giuseppe De Luca or Ennio Morricone. Eerie choruses, melodies and instrumentation inspired by classical music, electronical experimentations, funky psyche breaks: all your favorite Italian soundtracks ingredients are gathered for the best.
Publié par Zorba le Break 2 commentaires: