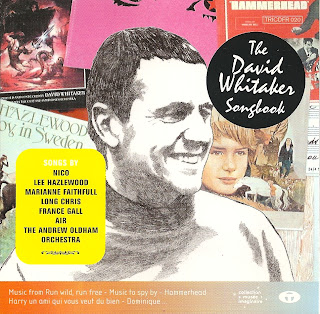 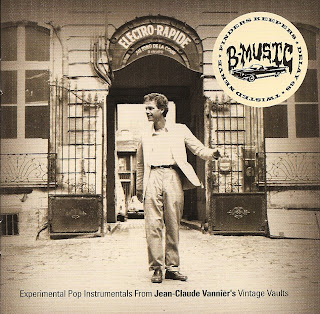 You lucky people: I just have decided to post another Jean-Claude Vannier hidden gem. Finders Keepers connoisseurs gathered 14 nuggets made for library records, French TV (kids programs mainly) or even previously unreleased in the 60's and 70's. Beyond pop, classical music or jazz, Vannier finds here often his inspiration in traditional Northern Africa music as well. Brilliant work from the beginning to the end and I really regret it's only 25 minutes long, with the majority of the tracks lasting less than 2 minutes. This record is not that much avalaible on the internet so nuff' said, just listen to it and if you like it, buy it, Finders Keepers, a label going through hard times since the loss of its stock since last summer PIAS warehouse fire, largely deserves it. 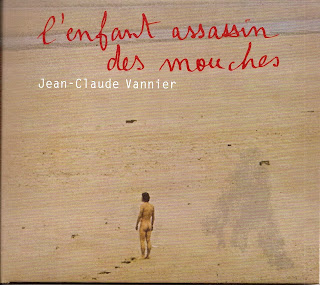 In an april 1972 morning, Jean-Claude Vannier was listening with his friend Serge Gainsbourg the instrumental album he had just written and that still had no name. He had already used a track for a Yves Saint Laurent fashion show in 1971 but didn't really know what to do with the rest. He let the tapes to Gainsbourg for the night and in the morning Serge had imagined a fantastic story upon his music: L'Enfant Assassin Des Mouches, which can be translated as the flies murderer child. The project didn't go any further and, despite an LP was released in 1972, Jean-Claude Vannier fans had to wait 20 years to see those tracks at least get a proper release. It was really worth the wait: Jean-Claude Vannier composed 11 little trippy psychedelic masterpieces that easily stands next to his best collaborations with Serge gainsbourg (L'Histoire De Melody Nelson). 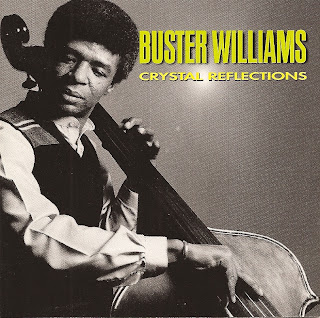 Buckwild used twice the Vibrations sample: on Artifact's What Goes On ? and on Big L Put It On. Even if is featured on Buster Williams album, Crystal Reflections, Vibrations has Roy Ayers written all over it. Roy Ayers actually composed it and played vibes and arp string ensemble on it.  Roy Ayers holds the vibes as well on the album first track, Prism. Those two songs are the highlights of this album, otherwise rather minimalist. All the other tracks are duo between bassist Buster Williams and Roy Ayers, Kenny Barron or Jimmy Rowles on vibes or piano. The ugly cover is not the album original cover but the one used for the 32 Jazz 1998 CD reissue. 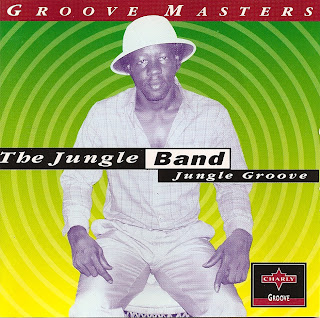 I wonder why the cover of this CD reissue is so ugly. Jungle Groove dates back to 1988 when a bunch of James Brown tour musicians hooked up with local talent in Augusta, Georgia, get locked up in a studio, The Hut, for furious nights of jam session and decided to produce a real old school funk album in a time when American R&B was a field of ruins. Even if a few keyboards lines or drum beats here and there sounds a bit cheesy and dated, the overall result is a piece of furious deep and p funk with fabulous breaks. The Jungle Band released only one album and then its members went back to their separate ways. It took almost 20 years and the actual old school soul revival to take funk where The Jungle Band let it. This 1994 reissue holds all 1988 original tracks plus 3 bonus tracks. 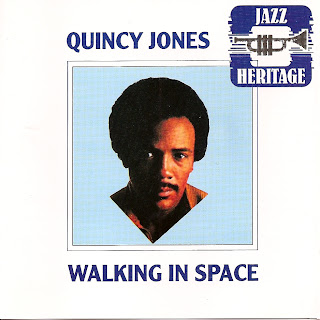 Walking In Space is considered like one of Quincy Jones best albums. When he moved into studio in june the 18th and 19th of 1969, he was surounded by killers: Ray Brown on bass, Eric Gale on guitar, Grady Tate on drums, Bob James on electric piano, Freddie Hubbard on trumpet, Jimmy Cleveland on trombone, Toots Thielemans on harmonica, Hubert Maws on flute and tenor sax, Jerome Richardson on soprano sax, Roland Kirk on tenor sax and reeds. Hilda Harris, Marilyn Jackson, Valerie Simpson and Maretha Stewart were used for vocals. Rudy Van Gelder served like engineer while Quincy shared the arrangement duties with Bob James. Quincy had already back then completed his solid jazz reputation by a Hollywood stint that made him one of the go to Hollywood musician when it was about making a soundtrack. You mix those jazz masters with soundtracks like melodies, blues and gospel influences and you have Walking In Space. 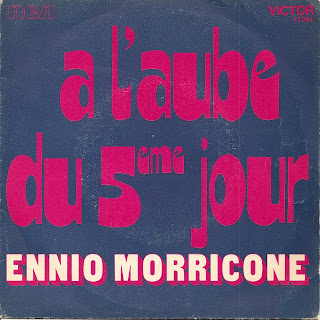 A L'Aube Du 5ème Jour (aka Dio è Con Noi aka Gott Mit Uns) is a spaghetti war film made in 1969 by Giuliano Montaldo. All I can say is that it didn't aged very well. It's not the case of the soundtrack, made by Ennio Morricone. The title theme was largely used by French radio and television at the beginning of the 70's and was consequently edited in France on a 7" with the theme of another movie, the 1967 made Le Carnaval Des Truands (aka Ad Ogni Costo), as a B side. This latest song sounds closer to the work of Burt Baccarcah or Herb Alpert than what you can expect usually from Morricone. Good stuff, cheap and easy to find.