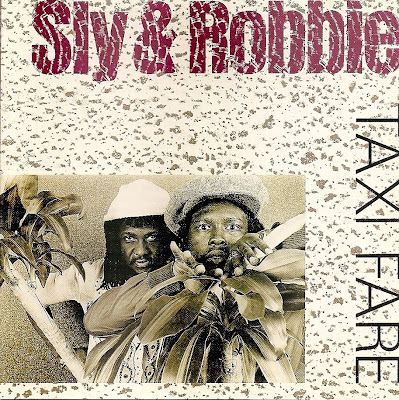 Reggae is probably one of the music the most cherished by die-hard fans. It's even the music that has the most fetichists in Western world, the kind of guys that spend monthes and massive amount of money to track down rare 7". Posting about reggae can consequently be a double edge sword: it's curiously the posts that have the most success and drag trafic on this blog but it's pretty hard to find something really interesting and rare that has not been posted elsewhere on hundreds of musical blogs like this one. You'll probably find posts about Taxi Fare at other places but this record is so good it would be a crime to omit it. Jamaican music most famous rythms duo, Sly Dunbar and Robbie Skakespear probably hold the bass and the drums on the best reggae releases of the last 40 years. They released Taxi Fare under their own name with the help of the Channel One All Stars (Bongo Herman, Carlton "Santa" Davis, Eric Lamont, Errol "Flabba" Holt, Gladstone Anderson, Noel "Scully" Simms, Sky Juice, Winston Wright) and Jamaican best vocalists of the time. It's not a proper album but more a compilation of their best production works of the previous years for their own Taxi Records label. It all starts out with the instrumental track Triplet and its slowed down and dubbed out interpolation of Don't Go by Yazoo. Sugar Minott then holds the vocals on Devil Pickney, Struggle on Rock Music, Jimmy Riley on Pure & True, Junior Delgado on Fort Augustus, Dennis Brown on Sitting & Watching, The Tamlins on Baltimore, my favorite track of the record, Jimmy Riley again on Bang Bang and Carlton Livingston on Those Tricks. The bass and the electronic drum are mixed above the vocals and the other instruments and the result just kick you in the chest. In a time when digitalized reggae was starting to dominate Jamaica, Taxi Fare succeeds to be a roots release with a modernized flavor. A must. 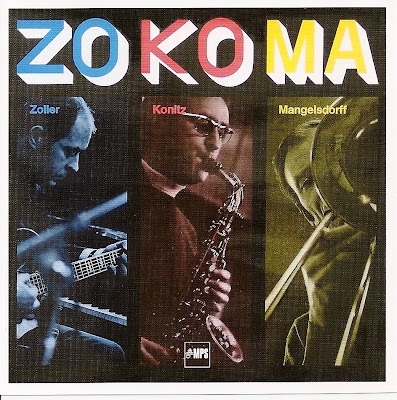 MPS(for Musik Produktion Schwartzwald) can be a tricky label for break hunters like myself. Most of its releases are made for true jazz heads and are sometimes a bit annoying for common ears, especially when it ventures into free jazz territory. A similar experience happened to me when I read an article about Mainstream Records in Waxpoetics and discovered that Mainstream Records was anything but mainstream. But sometimes you find that magical moment on a record, the magical moment you're digging for and that makes you want to write a post about it. I found that magical moment with the 4th tracks of Zo-Ko-Ma, At Twighlite. It begins with a perfect guitar loop and when the alto sax and the trombone come over the guitar, things go sweet and smooth with a pretty cool laidback but arty feeling. The other Zo-Ko-Ma tracks are good as well but it definitely deserves to be possessed for At Twighlite alone. 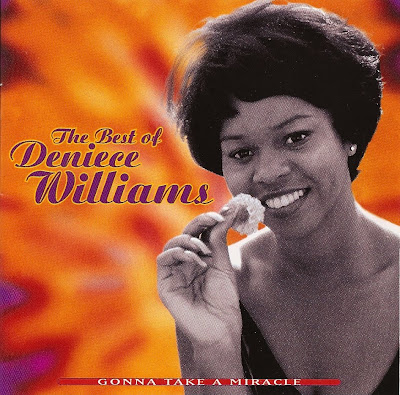 Deniece Williams has one of the most nice crystal clear soprano voice of black music with Minnie Riperton and has been largely overlooked recently. She started as a backup vocalist for Stevie Wonder but it's Earth Wind & Fire Maurice White that produced her first album, This Is Niecy: a classic. You'll find four tracks of This Is Niecy on this best of: Free, of course, Cause You Love Me, Baby, That's What Friends Are For and If You Don't Believe. Deniece Williams continued working with Maurice White for her second album, Song Bird. Her third try, When Love Comes Calling, saw her working with other producers and releasing the excellent and uptempo I Found Love. She then worked with Thom Bell On My Melody and Niecy for a nice Philly sound. By respect for this brilliant artist, I'll keep silence on the rest of her career since the mid 80's. Gonna Take A Miracle is producer Leo Sacks personnal best of but gives you the opportunity to hear Deniece Williams greatest tracks without any real filler. 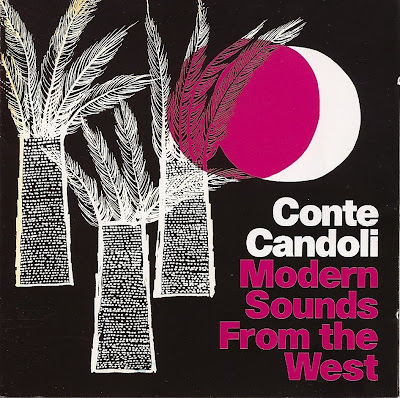 After a quick search on the internet, I discovered that the then Blue Note released two albums gathered on Modern Sounds From The West, Best From The West Vols 1 & 2, are celebrated like a must-have among jazz heads. I had strictly no clue about it when I found this CD in a dusty sales bin with a cracked box. I have to admit that Conte Candoli made a brilliant work here and you'll certainly like it, whether you are into jazz or not. The cuts are clean, simple and short. You'll find everything you need to know about this cool as fuck record here: http://www.jazzwax.com/2009/01/conte-candoli-best-from-the-west.html
Download => Conte Candoli - Modern Sounds From The West
Publié par Zorba le Break Aucun commentaire: 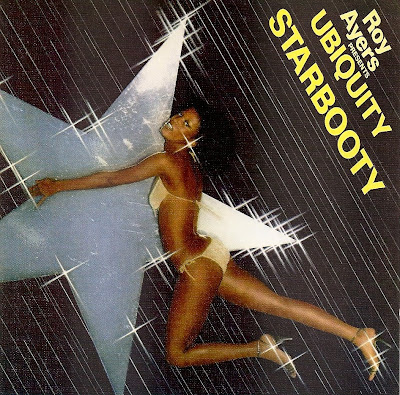 Produced by Roy Ayers (his name is on the cover), this is the sole album that features Roy Ayers backing band, Ubiquity, without Roy Ayers signing or playing vibes on it. The songs switch between disco and jazz funk and are well executed by seasoned musicians and singers. Starbooty is definitely a good album but a bit too mechanical and certainly not as good as what Roy Ayers did under his own moniker. The best tracks are not necessarily the ones written by Roy Ayers himself. My personnal preference goes to the midtempo Simple And Sweet and its killing head nobbing bassline.