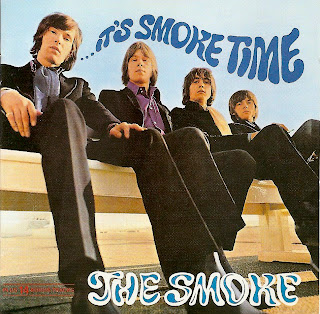 With their name and the psyche cover of their sole album, The Smoke have everything to attract the paraphanelia occasional user. Hailing from Yorkshire, they started as a band in 1965 goign by the name of The Shots. After a first 7" released on Columbia failed, they considered going a psychedelic road, starting by changing their moniker. Now you had to call them The Smoke. Their next 7", My Friend Jack b/w We Can Take It got banned on British waves for LSL references but charted quite well throughout Western Europe, especially in Germany where was released ... It's Smoke Time LP. The Smoke then got managed by Chris Blackwell, released tracks under a new name, Chords and never made it. In 1974, they called it quit, taking regular jobs as session musicians. That's more or less the complete story of The Smoke. So what's about their music? Was it any good? The answer is a definitive yes: their freaky psyche beat sound is based on strong songwriting habilities and tight musicianship that make them ahead of the average psyche pack of the time. My Frienf Jack is catchy enough to be whistled under the shower and was even given a cheesy disco treatment by Boney M in 1980. I have posted the 1993 Repertoire repress that comes with not less than 14 bonus tracks and among them the sides released as The Shots and Five Chords. 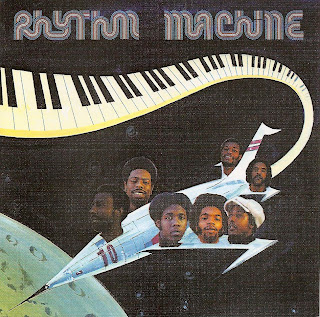 Now Again Records already reedited this album in 2006 and released it again a few weeks ago with a few bonus tracks. I have posted today the 2006 reedition. If you want te 2012 reedition, well, just buy it. Rhythm Machine had made a reputation as a solid touring band in their native Indiana, born on the ashes of The Highlighters (The Funky 16 Corners anyone ?). They recorded their sole album, Rhythm Machine, in 1976, delivering the kind of album you wouldn't expect from a touring band. Instead of going only the energetic tight hard funk way they're good at, they plaid a smooth spacey soul and funk as well that made me think of Roy Ayers or Earth Wind & Fire works of the same time. It's clear those guys could handle their instruments but their were very inspired as well. A brilliant album. 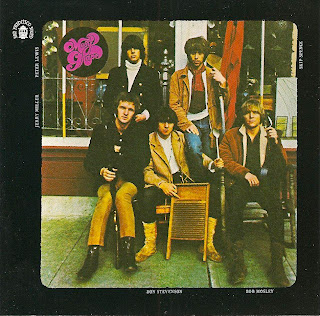 The guys of The All Music Guide qualified Moby Grape as "one of the finest (perhaps the finest) album to come out of the San Francisco psychedelic scene, brimming with great songs and fresh ideas while blessedly avoiding the pitfalls that pockmarked the work of their contemporaries." With such a critic, I was consequently pretty happy to find this  album in the sales bin of a French famous cultural goods retailing chain. I have always had a mixed feeling with West Coast albums from the Summer of Love era. The psychedelic scene especially often disappointed me. Much albums just don't live up to their reputation, once you pass their most obvious hits:  for example, would you have believed that listening to a Jefferson Airplane complete album was such a boring experience? So what's about the Moby Grape first album? If their bluesy numbers, based on catch guitar riffs, sounds very 60's and will brings tears in the eyes of grey haired boomers (Hey Grandma, Mr. Blues, Fall On You), the band could teach a trick or two on harmony and melodies  to Fleet Foxes and they never let senseless experimentation overcome their tightly written songs and their happy energy. A masterpiece? I don't know. A pretty good album? Yes indeed. 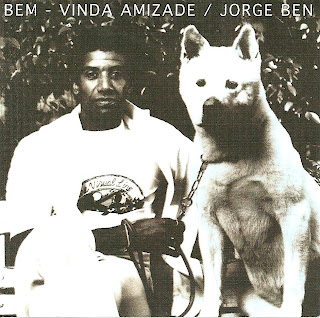 I'm just unable to say anything bad about my favorite Brazilian artist. This guy churned out masterpiece after masterpiece during nearly 20 years. On Bem-Vinda Amizade, Jorge Ben sticks to his usual recipe with talent: catchy samba funk with a light electronic twist. Every single song is a scorcher and can could make dance the next Vatican council. Jorge Ben seemed to have fun to try to find the longest song titles possible, from O Diam Em Que O Sol Declarou O Seu Amor Pela Terra to Era Una Vez Um Aposentado Marinheiro passing by Ela Mora Em Matogrosso Fronteira Com O Paraguai, they are pretty hard to remember if you are not lusophone. This LP has already been posted several times in a few other blogs but if you have miss it, here it is. 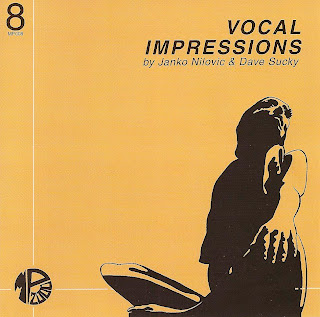 To start that new season of first choice musical nuggets from my record collection, there's is nothing better than this nice Janko Nilovic library LP, recorded for Montparnasse 2000 in 1971. If you speak French and want to learn more about Janko Nilovic, I advise you to read this interview realised in 2004 for the website Scopia: http://scopia.perso.neuf.fr/portrait_nilovic.html That's where I learned that the vocals on this album were made by Janko himself and Graziella Nadrigal. The overall result, between West Coast pop, jazz and bossa is absolutely nice. I haven't posted the original LP but the Vadim Music 2006 CD reedition.