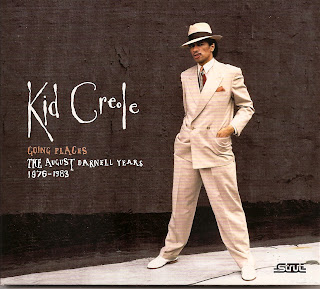 Growing up in the 70's and 80's, I completely ignored August Darnell existed until I saw him in the news in the mid 80's. He was touring in the south of France with the Coconuts and that deserved him a two minutes story. I found his music sounded cheesy and his stage antics were just not funny at all. 20 years later, thanks largely to DFA and James Murphy, the punk funk revival allowed me to digg into Ze Records discography and I really discovered August Darnell work. That guy is just a genius: mixing up every New York street sounds (disco, punk, funk, jazz, salsa etc.) into a big shaker and making of it something unique, intelligent, funny and really really good.  He occupied different positions (artist or just producer) in bands or solo acts like Dr. Buzzard's Original Savannah Band, Don Armando's Second Avenue Rhumba Band, Christina, Gichy Dan's but you can recognize his hand at the first seconds on each record. This Strut released compilation is a perfect introduction to his work. 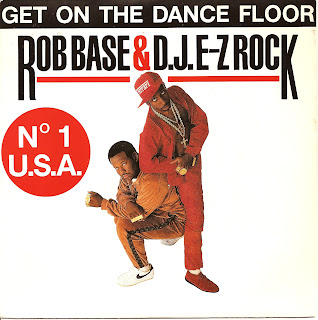 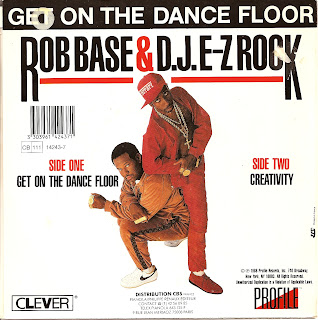 MC Rob Base & D.J. E-Z Rock stormed the streets and the charts by surprise in 1988 with It Takes Two and its infectious funky drummer rythm. Get On The Dancefloor was their second single and an excellent hip house try. The baseline and the keyboards lines do perfectly well the work and consequently Get On The Dancefloor packed New York floors upon its release. For this French edition, the record label took Creativity as a b-side and used the It takes Two album cover graphics to illustrate the 7" cover. This complete lack of creativity sums up perfectly well how hip hop was considered back then by European records label heads: a passing fad adressed to illeterates and certainly not a legitimate culture. Creativity is an instrumental breakbeat that shouts out to Rob Base & D.J. E-Z Rock label, Profile Records. Rob Base & E-Z Rock, despite the success, vanished then into obscurity 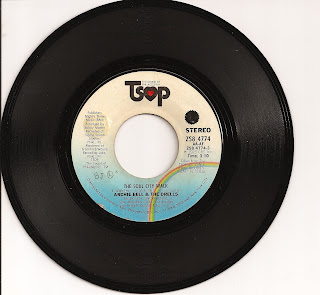 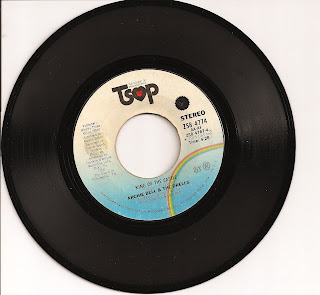 I just bought a handful of nice EPs and 7" at a flea market so my next posts will be probably less albums oriented. So get ready for Zorba le Break vinyls sound. Let's start with that Archie Bell & The Drells' The Soul City Walk b/w King Of The Castle 7", released in 1975 on TSOP Records. TSOP records was run by Philadelphia soul kaisers Kenneth Gamble and Leon Huff. Kenneth Gamble were not involved in the recording of The Soul City Walk and King Of The Castle, the production duties being credited to respectively to Bunny Sigler and John Whitehead. The single reached rank 13 in the R&B charts and was the last one to score as well in Archie Bell &The Drells career. They split in 1980. Both tracks are nice pieces of uptempo philly soul that will figure on the album Dance Your Troubles Away. 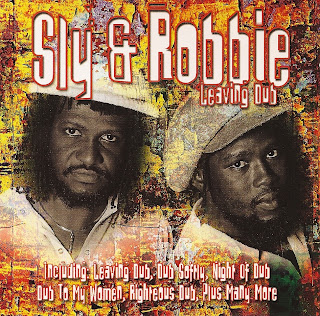 I  left you in july with a Sly & Robbie post and guess what, I'm back in september with a Sly & Robbie post. Don't be afraid by the ugly cover of this bargain CD, probably one of the shittiest ever produced by the recorded music industry since its creation . It's the cheapest way to acquire Sly & Robbie's Dub Rockers Delight album, released here under another name, Leaving Dub. Dub Rockers Delight is the dub version of Lacksley Castell's Morning Glory LP (thank you Roots Archives http://www.roots-archives.com/release/1655/?highlight=20469). It was recorded in Studio One and Tuff Gong studios in 1982 and produced by Robert Flacko Palmer. In fact, this album is heavy on reggae instrumentation and not that much in dub effects which are very light. It's not exactly at the same level than the masterpiece of the genre but it's difficult for me to be objective when Sly & Robbie are involved and I found the overall album pretty good. There's enough drum and bass here to satisfy any head.