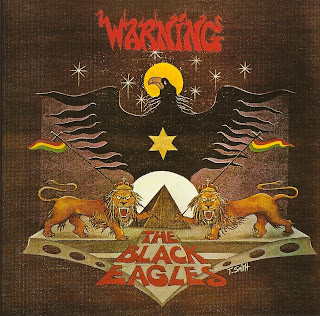 I bought the VP 2004 CD reedition of this record and I don't really know if Warning was effectively released on Wild Flower in 1980. Its original release date is subject to debate among reggae heads (i.e. the Roots Archives Forums if you are interested http://www.roots-archives.com/forum/). The Black Eagles were a band created by Denroy Morgan in 1970. They relased a handful of 7" and the Warning LP. Warning was recorded in Harry Jay studio en Jamaica porbably in 1978 then overdubbed in New-York. It's a record that is not that common, that has not been that much posted and pretty good to have if you are into reggae roots. Denroy Morgan then went for a solo career but still used The Black Eagles as backing band. I let reggae connoisseurs make comments if they think more need to be written about this one.