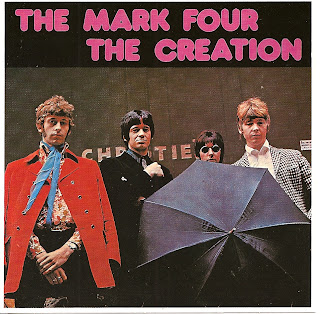 If you like my Decca post a couple of weeks ago, then you'll appreciate this german pressing compilation of the sides recorded by The Mark Four/The Creation between 1964 and 1967. The Mark Four switched their name for The Creation in 1966 and had already changed two of their original line-up members (http://en.wikipedia.org/wiki/The_Creation_%28band%29). When Alan McGee decided to create his label in 1983, Creation records, he borrowed the name of his favorite band, The Creation. This is probably one of the biggest legacy of The Creation, a band that is still vowed by garage aficionados. When you here the raw energy of the tracks of this nice little compilation, you easily understand why.