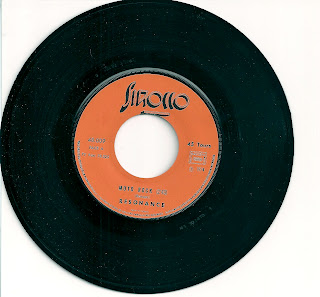 I found this Resonance 45 RPM yesterday on a secondhand market for 50 cents and despite the cover was missing, it was definitely a good deal. Both titles are credited to Bacson which is in fact a duo composed of Pierre Bachelet and Mat Camison. They released several singles and one album under the Resonance moniker and all are favorites of any decent eurogroove digger. Moto Rock is a surf track with loud moto engines noises on it, trying to reproduce the atmosphere of a racing field. The real scorcher is the side B, Safari Love, an infectious tribal funk piece, charged with filth and based on percussions, animal samples, African traditional vocals and a funky guitar.