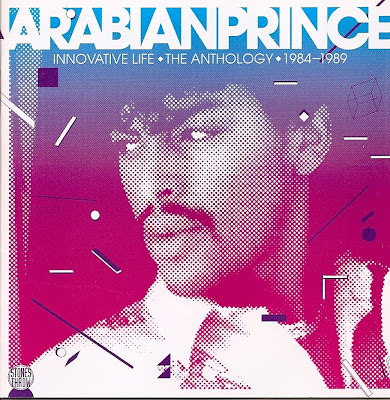 12 electro funk bombs produced by the west coast pioneer Arabian Prince under his own moniker or for others (N.W.A, Professor X, J.B. Beat). The liner notes teach everything you need to know about the birth of hip hop in California. At first essentially a DJ thing, clearly oriented to dance and party, west coast rap only really existed on the hip hop map when NWA mixed electro beat with gangsta and ghetto tales and made millions of dollars out of it. Gangsta rap was born, rap music became a business like the other ones and its pioneers like Arabian Prince moved to something else (movie special effects for the latter). The instrumental bonus tracks on the CD, Simple Planet and Beatdabeat, are really surprising and are a must-have: Arabian Prince electro beats draw a direct line between Compton and Detroit and could have been released on UR.